Conceived as a jet-powered replacement for the A-1J Skyraider, Ed Heinemann's design became unboubtedly one of the most successful aircraft ever built. The small and simple approach produced and highly agile and durable machine. The A-4 pioneered the post-war 'attack' concept - a fighter-bomber with emphasis on the low-level bomber role, in which proved itself extremely capable in SE Asia. 'Heinemann's hot-rod' was also capable of nuclear weapons delivery, a primary design consideration in the early 1950's when the Skyhawk was designed. Despite being a bomber first and foremost, the agile A-4 was a superb 'adversary' aircraft and was also used by the Blue Angels aerobatic team into the 1980's. In continuous production for a record 25 years, surviving through many variants and exported to many foreign air forces around the world, the 'Scooter' was still flying well into the 1990's, nearly 50 years after its conception at the Douglas works in Long Beach, California. The A-4F was designed specifically to meet the needs of the Vietnam War and was first delivered in June 1967. It was the last attack Skyhawk, that role being gradually absorbed by the more sophisticated F-14 Tomcat. 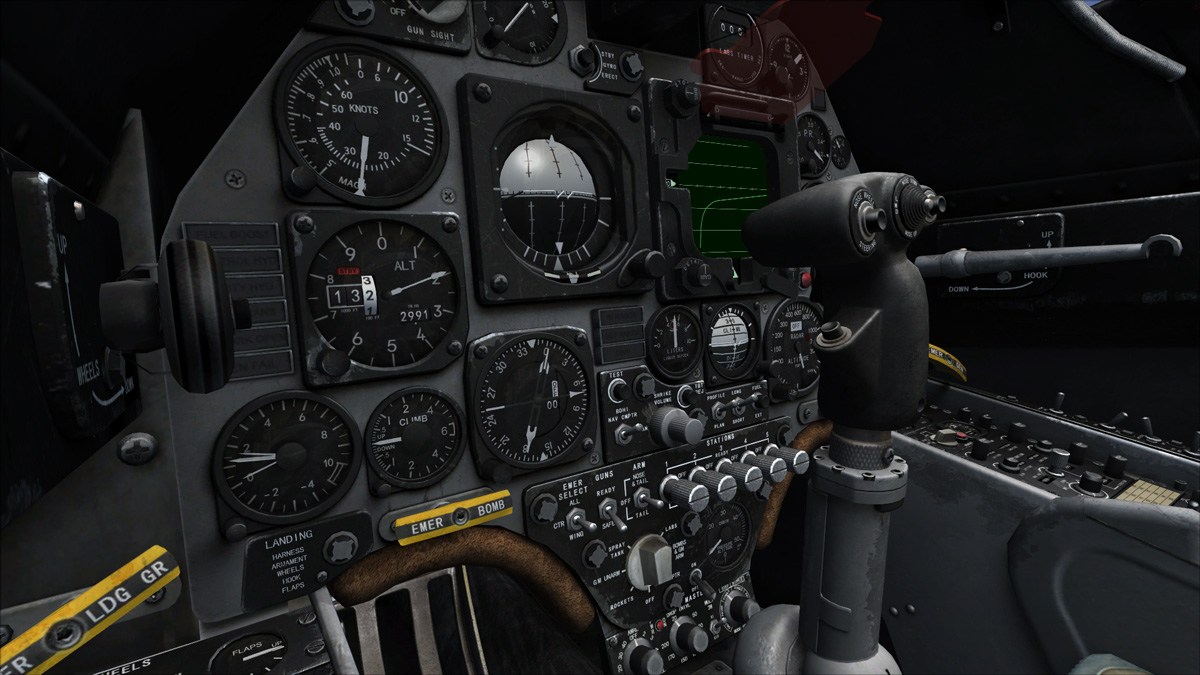 This amazing video shows the A-4 inside and out, set to a great classical soundtrack : Skyhawk Video. Use right-click and 'save target as' on the link to save a copy of the WMV file to your PC.

Here's a 5-STAR review of this model by Ray's Aviation, a popular European FS reviews site : A-4 Skyhawk REVIEW