Although technically the B-45 was essentially a WW2 aircraft design with 4 jet engines fitted, it's arrival in 1948 made it the first purpose-built jet bomber in the world. It's ability to deliver nuclear weapons, admittedly over very limited range, made it nevertheless a very effective deterrent in the early part of the Cold War. It was a very sleek and handsome aircraft, although the unswept wing and rather puny 4,000lb (later 5,200lb) thrust Allison turbojets meant it could only achieve 500 mph at 30,000ft. All aircraft originally went to the 47th Bombardment Group at Barksdale AFB, which was deactivated in late 1949, but then reactivated after the Korean War, when the Group was renamed 47th Bomb Wing (Light) and transferred to RAF Sculthorpe, England in June 1952. The Tornado never saw action as a bomber, but the final version of the airframe, the RB-45C, was purely for reconaissance. With its prominent wingtip tanks, skinned-over nose and up to 12 cameras, it was a very capable platform for its day and was used operationally during the Korean War. In all, 96 B-45A bombers were made, 10 B-45C's (basically the A with tip tanks, a faired over nose and air refuelling receptacle), 38 RB-45C's which included 33 B-45C's converted before delivery to RB standard. An interesting fact about the RB-45C is that in April 1952, 3 RB's were flown on three occasions from RAF Sculthorpe on clandestine recon missions over the Soviet Union by the British Royal Air Force. All Tornados were removed from active service by the end of the 1950's - the 47th BW received B-66 Destroyers in 1956 and the 91st SRW (operators of the RB's) moved onto RB-47E Stratojets. 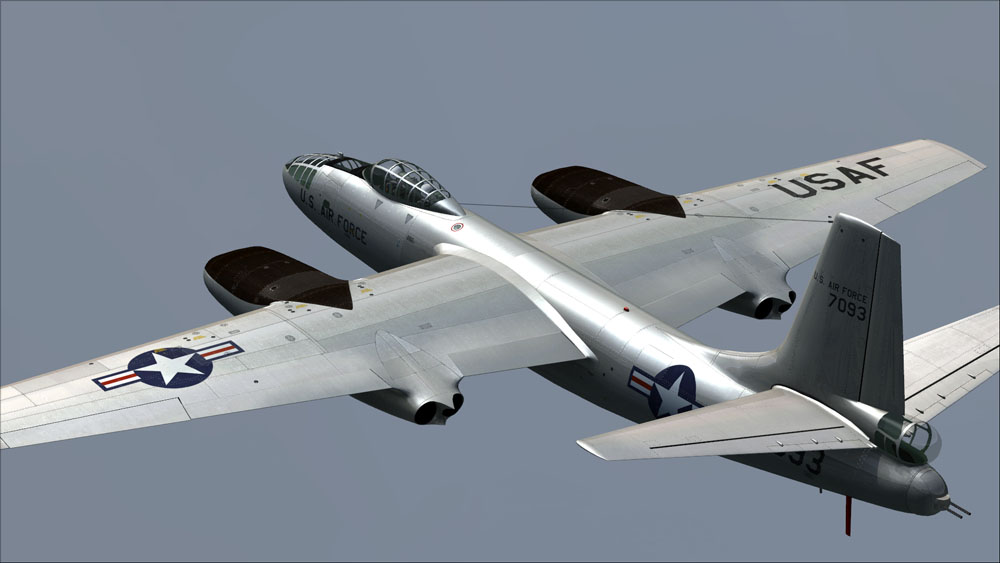