The E-2C is an all-weather twin turboprop carrier-borne early warning aircraft that is also used for land-based operations. The APS-139 radar is mounted in a 24 ft radome and rotates at 6 rpm. It can detect targets as small as a cruise missile at 167 miles, track multiple airborne and surface targets and simultaneously control multiple airborne intercepts. The Hawkeye has been in service in the USN since the early sixties and its engines and electronics suite have beeen upgraded several times. It is also used by the USCG and US Customs and versions have been sold to Egypt, Israel, Japan and Singapore. This FS aircraft represents an E-2C as flown in the mid-eighties. 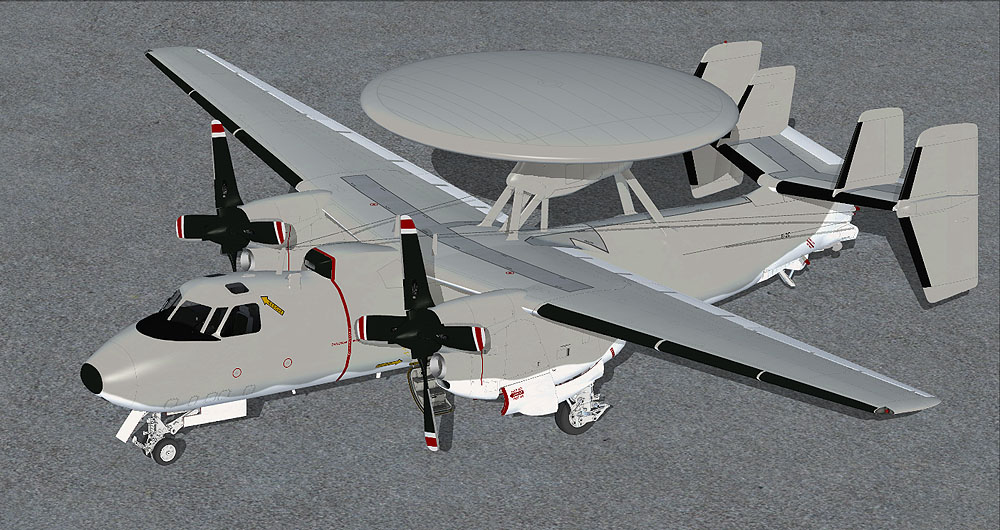