The Sikorsky SH-3 Sea King (company designation S-61) is a twin-engine anti-submarine warfare (ASW) helicopter. It served with the United States Navy and other forces, and continues to serve in many countries around the world. The Sea King has been built under license in Italy and Japan, and in the United Kingdom as the Westland Sea King.

VIDEO : Use right-click, 'save target as' and download the .WMV file to your HD. Virtavia Sea King Video 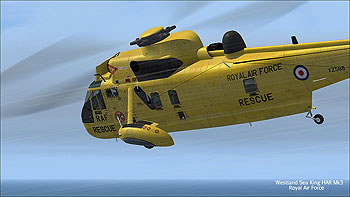