The F7F Tigercat, which was derived from Grumman's first twin-engine fighter, the XF5F-1 Skyrocket, appeared as the result of a Navy request in June 1941 for development of a larger, twin-engine fighter for use on board the planned large aircraft carriers (Midway-class). The airplane was the first twin-engine fighter ordered in large quantities and the first carrier aircraft to incorporate tricycle landing gear. Built in single and two-seat variants, the heavily armed fighter served in ground support, night fighter and photo reconnaissance roles after World War II and in Korea. 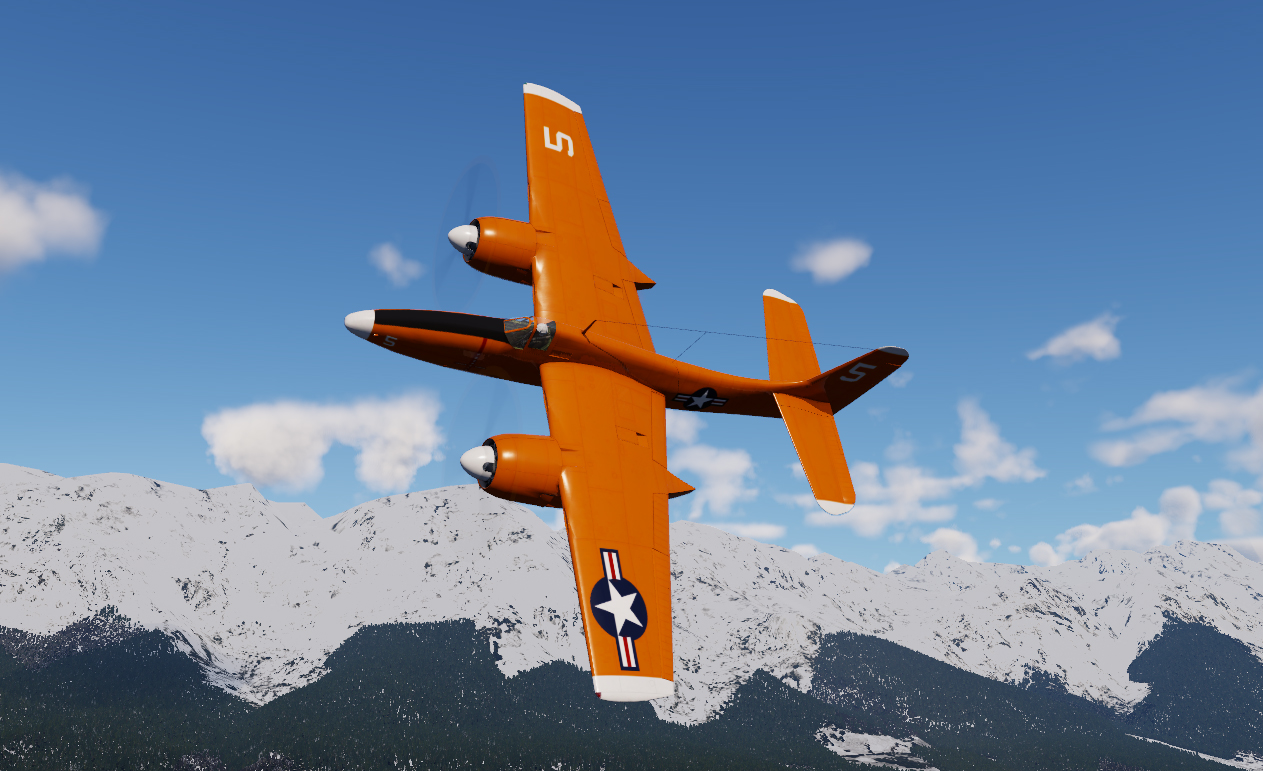 No external stores. Note: the 'White 5' fictional variant depicts a basic 'racer' and so lacks guns and cannons.
It also has squared-off propeller tips.

Carries one belly drop tank and eight underwing unguided rockets. The typical ground attack loadout.
Note: due to an XP limitation, the rocket-equipped version lacks the ability to fold the wings.

Videos of the Tigercat in XP12 :