The Boeing B-47 was the first swept-wing multi-engine bomber in service with the USAF. It was truly a quantum leap in aviation history, and is the forerunner of every jet aircraft in service today. As early as 1943, Boeing engineers had envisaged a jet bomber, but were unable to overcome issues with the straight wings of the day. However, Boeing aero-engineer George Schairer was in Germany and came across some secret wind-tunnel data on swept-wing jet airplanes. He sent the information back to the United States, where engineers then used the Boeing High-Speed Wind Tunnel to develop the XB-47, which featured swept-back wings. The B-47 broke a number of records and proved to be a great strategic deterrent during the Cold War era. The B-47E is an advanced version of the original XB-47, with much more powerful J-47 engines. A grand total of 2,032 of these aircraft were built, with the last one rolling out in 1956.


Note - this is NOT an all-new simulation of the B-47E, it is a conversion to X-Plane of the popular FS9/FSX version, first released in 2006. The model is perfectly functional and a good representation of the Stratojet, but do not expect state-of-the-art functionality and appearance. 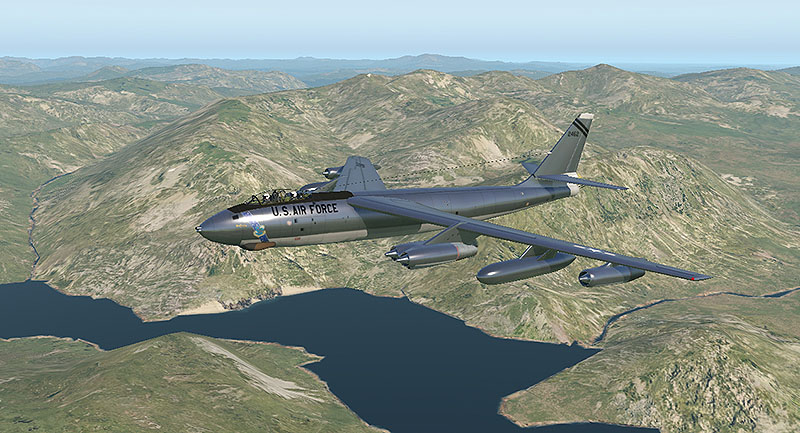